The EU-IoT Advisory Board gives strategic guidance to all activities and plans covered by the CSA. Experts on IoT and related thematic areas guide the smooth roll out of EU-IoT strategic objectives.

Advisory Board members are as follows: 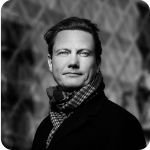 Martin Brynskov is the coordinator of the CSA, NGIoT and Chair of the global Open & Agile Smart Cities initiative (OASC), which encompasses more than 150 cities from 31 countries. Dr Brynskov is an associate professor, in Interaction Technologies at Aarhus University in Denmark, director of AU Smart Cities (AUSC) and the Centre for Digital Transformation of Cities and Communities (DITCOM), founder and co-director of the Digital Living Research Commons (DLRC), Director of the Digital Design Lab, and Fellow at the Centre for Advanced Visualization and Interaction (CAVI). 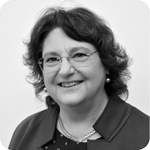 Gabriella Cattaneo is Associate Vice President of the IDC European Government Consulting unit, which she founded in 2005 to provide research and consulting services to governments and policy makers on ICT market trends and scenarios, leveraging IDC’s global research. Mrs Cattaneo has more than 30 years’ experience in socio-economic research, impact assessment and benchmarking of ICT policies on behalf of the European Commission. She represents IDC in the Big Data Value Association (BDVA).

Nuria de Lama studied Telecommunications Engineering at the Polytechnic University of Madrid. She has worked for more than 22 years in Innovation Programs at the European level and has contributed to more than 40 R&I projects in areas like Digital Platforms, IoT, Big Data and Artificial Intelligence. For almost 17 years she had different positions at Atos. Among them, she led a research unit on Semantic Technologies, Software and Service Engineering and later she worked as European Programs Manager. She has been recognized as a leader and contributor to EU initiatives like NESSI (European Technology Platform on Software and Services), the Future Internet Public Private Partnership (FIWARE program, leading to the creation of the FIWARE Foundation), Eureka programs like CELTIC and the Big Data Value Association. In the last years, she has been engaged in topics related to the Data Economy. Nuria works as an expert and advisor for a number of IT projects and institutions like the European Commission and has recently joined IDC. 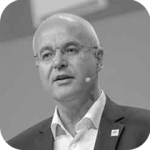 Ulrich Ahle is CEO of the FIWARE Foundation. He is a reputed executive in the industrial sector, formerly Vice President and leader of Manufacturing, Retail & Transportation business and responsible for Industrie 4.0 at Atos in Germany. He is also founder and member of the Board of the International Data Spaces Association in Germany and served 16 years in the Board of the prostep ivip organization until April 2018. 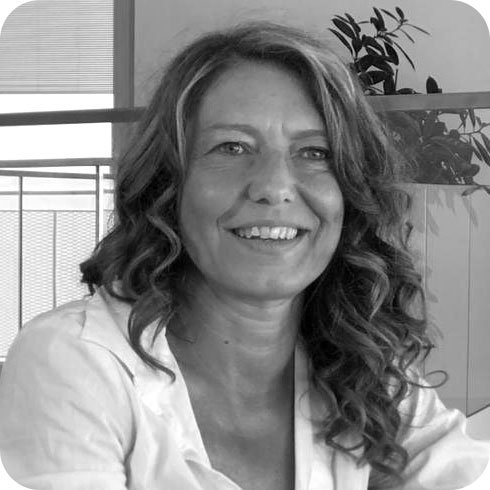 Michela Milano is professor and chair of the Interdepartmental Institute of Human-Centered Artificial Intelligence at the University of Bologna, covering 28 departments and more than 400 researchers. Milano’s main research field concerns decision support and optimization systems and the integration of knowledge-based and data-driven models. She is involved in many EU research and innovation projects on technological and application aspects. Michela Milano has been deputy president of EurAI, executive councilor of AAAI, and is involved in the proponent group of the AI, Data, and Robotics PPP. 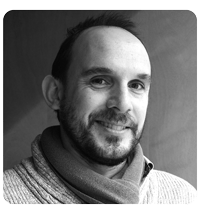 Fernando Vilariño is Associate Director of the Computer Vision Centre and Associate Professor of the Univ. Autònoma de Barcelona, Spain. He is lecturing in Machine Learning, Robotics, and Open Innovation and Citizen Science in Smart Cities. His research has been linked to diverse areas of Computer Vision and Machine Learning. His current research is focused on the Social Impact of Artificial Intelligence. He has coordinated projects related to the implementation of Living Labs in different contexts. Since 2018, he is the elected President of the European Network of Living Labs -ENoLL-, where he coordinates the Action-oriented Task Force on Social Impact of AI.