NGIoT participated in the global ‘Digital Around the World’ event on 21 October with a session on Edge Computing which outlined the European landscape as well as Europe’s future direction.

New opportunities at the edge emerge which store and process data closer to where data is generated. Globally, lead cloud providers are well placed to extend their position from the cloud to the edge and several initiatives are emerging worldwide.

Europe must act rapidly to stay competitive in the global market, by acting fast and building on its strength in key digital technologies, such as system design, data analytics, AI and telecoms, and by taking advantage of the very intrinsic nature of edge computing.  The diversity, decentralisation and distribution of the edge very much fit to the nature of the European landscape in which a range of players (often small ones) and scenarios, but also the extreme fragmentation of the market, create a better fitting ecosystem for edge computing to grow, both in terms of size and relevance.

The session was chaired by Dr Monique Calisti, CEO Martel Innovate and EU-IOT Project Coordinator who, in the opening of the event, stressed how next generation IoT will embrace advances in AI, distributed ledger technologies (DLT), 5G and cloud all the way until the edge, building a seamlessly integrated computing continuum from core networks/cloud infrastructures to smart devices at the edge.

Rolf Riemenschneider Head of Sector IoT of the European Commission emphasised that in the strategic priorities for the next Research and Innovation (R&I) Framework, the Commission puts a strong focus on a data-strategy at the heart of digital transformation and as an enabler to capture the value of Artificial Intelligence (AI).

A European R&I strategy shall drive the transition from a cloud-centric view of IoT services towards a computing continuum. An R&I programme under Horizon Europe is expected to support the trend from cloud to edge by bringing computing resources close to the data sources and the IoT end point. This requires a fresh approach for the IoT ecosystem to extend its cooperation towards a new partnership on Key Digital Technologies (KDT), the Smart Network and Service partnership, cloud partnerships like GAIA-X or the announced alliance on Industrial Data and Cloud or the Blockchain alliance (INATBA).

European industry, on the other side, which is strong in traditional markets like automotive, farming, manufacturing or energy, can’t create a new operating system for the edge by its own – it must engage in partnerships to be able to survive amid fierce competition from today’s Internet giants, and avoid monopolistic positions in the emerging markets at the edge.

In light of massively increased penetration of IoT generated data, edge computing is expected to limit the energy footprint of ICT by reducing data traffic and computation by centralised data centers. Building the positive support received from the alliance AIOTI in the past, the Commission seeks to engage with relevant evolving initiatives and alliances to support edge computing reference architectures, avoid fragmentation and foster  open standards.

SMEs and start-ups play an important role for the dynamics of up-take and scale of edge computing, to drive adoption and boost fast track innovation. The time is ripe to define a European agenda for edge computing and bring the different ecosystems together – though success is not guaranteed. Europe needs to become organized and ensure speed of research, innovation and adoption.

IoT as “Systems on the Edge”

Prof Brynskov highlighted a big shift happening along the IoT cloud-edge continuum – like in air travel where the jumbo jets have died with the hub-and-spoke airport infrastructure now giving way for point-to-point travel. For IoT this means that capabilities (connectivity, analytics, security, orchestration) move towards the edge. Because we all live on the edge – as citizens and companies — it also means a new regime of “just-in-time mass customisation” of services. They should deliver on the political priorities across communities up to the EU level and beyond: green, prosperous, inclusive, and secure lives. To deliver such near-real-time governance, the “smart edge” much match the needs of these “smart communities” and support the larger ecosystems around them. NGIoT facilitates the formulation of EU priorities for a Strategic Research and Innovation and Deployment Agenda (SRIDA) in the IoT cloud-edge continuum, and works with the European Commission and the individual stakeholders and associations to facilitate the ecosystem-building around the priorities.

Dr Corsaro’s presentation featured Eclipse Edge Native, delivering open source edge platforms to simplify and streamline edge mass deployments, working with industry leaders such as Bosch ad Siemens. Key traits of the cloud-centric data plane were presented with data flowing from periphery to the cloud for storage on data lakes with no location transparency and a non-negligible amount of energy wasted sending data. The Key traits of the edge data plane were then presented, with no ‘centralised’ data lakes. Keeping data where it makes sense also allows for location transparent access – the data owner controls access and has the potential for monetisation. There is a unification of data in motion and data at rest and efficient energy use due to the locality. The zenoh tool was presented which unifies data in motion, data in use, data at rest and computations; blends traditional pub/sub with distributed queries, while retaining time and space efficiency and provides support for geo-distributed storages and distributed computations. Also presented, was fog05 which provides a decentralised infrastructure as a service, supports heterogeneous runtimes and hypervisors, offers a common API and information model for control and unifies the virtualisation infrastructure.

Dr Ferrer emphasised that increasingly, connected things are becoming not only more abundant but autonomous things including multitude of sensors with growing computing capacities for delivering complex AI tasks. These are, for example, autonomous robots and connected cars. The growth in complexity of these autonomous things, their ever-increasing computing demands coupled with the fact that these are commonly mobile objects, will require that edge computing technologies go a step further in its evolution. Atos names this foreseen evolution Swarm Computing. Swarm computing aims at exploiting autonomous things processing heterogeneity and to combine network and cloud principles to create an on-demand, autonomic and decentralized computing infrastructures.

Dr Facca’s presentation examined the status of edge computing adoption, with the conclusion that small and medium enterprises are no ready for edge computing. By analysing the key factors of cloud computing success, the question was posed if the following elements could be applied to edge computing: Ease of use and collaboration enabler; automation and new development approaches; and the transition from capital expenditure (CAPEX) to operational expenditure (OPEX).

The Challenge of Orchestrating the Distributed Edge

Mr Tiffany presented the traditional ‘hub and spoke’ model of cloud IoT where Security, Digital Twins, and Analytics take place on the cloud, connected to IoT endpoints. He compared this with the edge IoT distributed and orchestrated model where the cloud connects to edge nodes, which in turn connect to IoT endpoints.

Dr Bauer highlighted that Cloud/edge orchestration for IoT processing is going to increase in importance to enable advanced IoT applications make best use of edge capabilities. Goals for cloud/edge orchestration of IoT processing are to decouple programming logic and deployment, to optimize deployment under constraints and to keep data secure. For the latter it is important to keep data local, providing control, and thus the processing has to be moved to the edge, sharing only results.

NEC has developed the FogFlow cloud/edge framework that is available as open source as part of the FIWARE ecosystem. The approach is to separate the concerns of programming and orchestration. The steps are to develop independent IoT processing modules that can be dynamically deployed, these are used to define a logical service topology with the required flow between sources of information and the processing modules. For deployment the intent including scope, constraints and optimization priority have to be defined, based on which an execution plan is created from the logical service topology that takes into account the actual sources and decides how many instances of each logical component. In a final step, a deployment plan is created from the execution plan, deciding where to deploy the instances – on the edge or in the cloud. Challenges are how to make edge systems more autonomous and dynamically adapt to changing conditions to keep an optimal deployment fulfilling the constraints.

The Digital Around the World event, organized by IoT Forum, featured more than 24 hours of high level sessions with keynote speakers from various countries sequentially by time zone in Europe, the Americas and the Asia/Pacific region. A worldwide community of industry experts, researchers and specialized media had the opportunity to follow and interact in the debates.

Recording from Digital Around the World available soon, stay tuned! 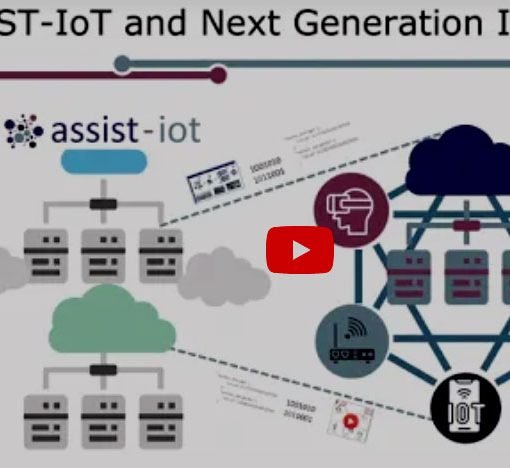 ASSIST-IoT project organised the online Webinar-Workshop “Towards Market Review” on Monday 18 January 2021. The online workshop presents a brief overview of […] 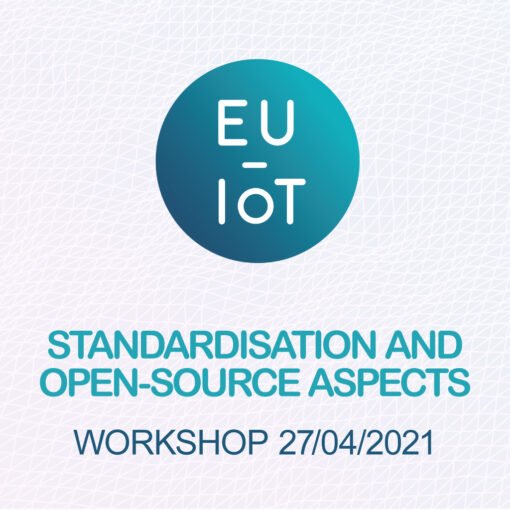 The EU-IoT consortium has organized its first “Standardisation and Open-source Aspects” workshop on 27.04.2021. The workshop gathered several EU-IoT partners and several […] 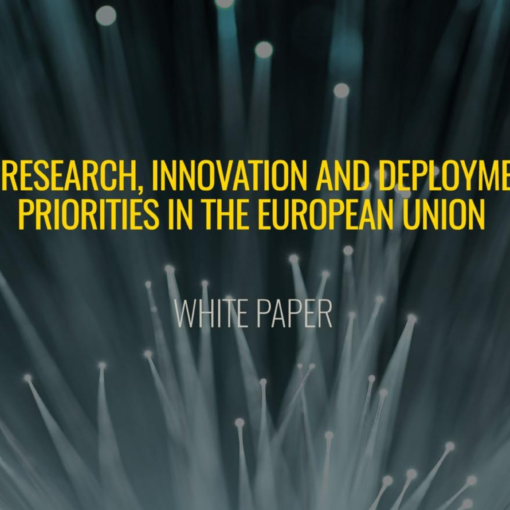 The “IoT research, innovation and deployment priorities in the EU White Paper” presents the project’s final recommendations. The priorities and the linked […] 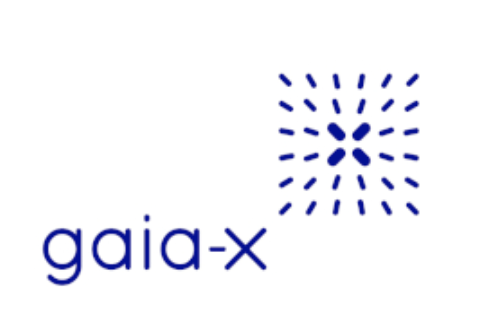 NGIoT invites all stakeholders to take part in a survey targeting industry and research stakeholders involved in Edge-Cloud services. It has as […] 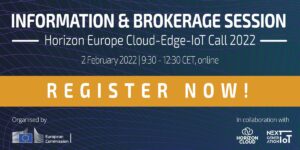 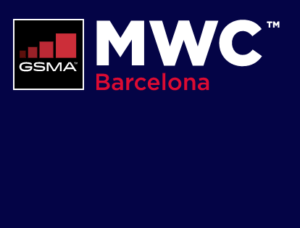 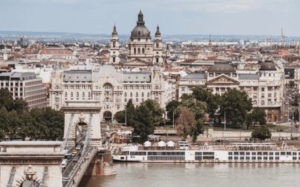