That the volume of data is growing exponentially is hardly an insight to you technology professionals, and I’ll not bore you with those statistics.  We can expect smaller, increasingly precise, and more energy efficient devices in every domain from health-tech wearables to industrial machinery maintenance, from neural implants to cooperative swarms of agricultural rehabilitation robots.

We have plenty of challenges ahead, I’ve selected just a few of them for discussion below as we forge ahead into the second century, After Ford.

That the Internet of Things is likely to be critical in measuring our negative impact on the environment and the ability to better adapt to those shocks we cannot dampen.

Even as 130+ countries are committing to net zero emissions, we are increasing the number of electrically powered devices with their onboard processing and wireless communication capability.

Much headline space is given to the ways in which the IOT helps the environment like shrinking the cost of supply chains, improving system maintenance, and enhancing fuel efficiency.  These gains will be for naught if we do not mitigate the costs they bring by recycling electronic components, insisting on environmentally sound energy sources (solar, kinetic, geothermal), and optimising the development of software to minimise energy consumption.

A sustainable IOT is one that mitigates its own impact and has a net negative carbon footprint.

Challenge 2:  Preserving Privacy, Individuality, & the Responsible Use of Human Attention

The IOT will be increasingly full of tiny sensors; these digital detectives will be capturing their location and status, their surroundings and interactions, and their successes and failures with two primary goals — optimising their own operation, and gathering data that may be of commercial value to third-parties (e.g., advertisers).

The first goal is something we increasingly rely on, and the second is (part of) the price we pay.

Hyper-accurate location tracking will help with scheduling, emergency planning, and public service provision but it will also expose us to privacy risks unlike any we’ve ever seen before.  Many of our laws on privacy were developed in an age where the expense and laborious nature of tracking an individual was so expensive as to nearly guarantee that only the most flagrant violations of societal norms would be met with robust monitoring.

Thus far we’ve taken what I’ll call a behavioural approach to privacy invasion; that is, we regulate the behaviour of the data gathering entity and ask that they keep their data usage within certain boundaries as defined by statutes such as the General Data Protection Regulation.  This has led to something of an advertising arms race, whereby data collectors build increasingly sophisticated analytical methods which enable them to use a mosaic of impersonal data from many sources in order to develop a complete picture of an individual.  In this context, it seems immaterial that the snooping entity might not have your name and home address if they have such a depth of other information so as to make the enforced absence of this information an intentional legal gimmick meant to skirt a data privacy law.

Our societies need to go beyond regulating the collection of data, and we need to have a serious discussion about the social utility of highly targeted advertising[1].  Our failure to do so can only have a detrimental effect on our personal freedoms.

It is no intellectual leap to suggest that petty theft may be associated with poverty, and that poverty may be made visible by tattered clothing.

I have a modest proposal.  We should develop a passive system using already available public cameras through which individuals are monitored, without storing their names or personal details (GDPR compliance!).  We will only monitor the state of their shoes, and in doing so optimise our policing so that we focus on individuals with shoes in a state of disrepair.  Surely this will act as a powerful deterrent and we can always enhance the system by examining the subject’s socks, trousers, haircut, and other telling features.

I hope that this modest proposal was understood in the same way that Jonathan Swift intended his 18th century one.  This example can easily be extended to consider race, sexual identity, political views, and other elements we sometimes consider both core to our identity, and an unfair basis on which to discriminate.

Societies must rethink the purposes behind our technologies.  We have in many ways intellectualised this challenge, reducing it to one of equality of outcome vs. equality of opportunity, or left vs. right.  This conceals a poverty of deep thought and so we must reframe the line of inquiry.

Where are humans in all of this?  What are their needs and their problems?  Do the actions we take do them any good, or do they do more harm?

To do this, we must think about what kind of outcome we are trying to achieve.  I find a useful tool is gambling.

Not in the traditional sense, of course!  I imagine myself rolling dice in the minutes before my birth, with the outcome of the roll determining my place of birth.  Finally, I ask myself, what global preconditions would I require in order that I feel comfortable leaving this matter entirely up to chance?  Those conditions tend to be a pretty good guide to what I feel to be the components of a just and fair society, try the thought experiment yourself!

I’m happy to say that Europe is at the forefront of the IOT, but we must redouble our efforts in order to make the technology human compatible.

There is a common theme in these challenges.  The Gross National Product (GNP) is a poor measure of success in all of them, and so I’ll leave you with an excerpt from Robert F. Kennedy’s 1968 speech at the University of Kansas.

… [GNP] counts air pollution and cigarette advertising, and ambulances to clear our highways of carnage.

It counts special locks for our doors and the jails for the people who break them.  It counts the destruction of the redwood and the loss of our natural wonder in chaotic sprawl.

It counts napalm and counts nuclear warheads and armored cars for the police to fight the riots in our cities […] and the television programs which glorify violence in order to sell toys to our children.

Yet the gross national product does not allow for the health of our children, the quality of their education or the joy of their play.  It does not include the beauty of our poetry or the strength of our marriages, the intelligence of our public debate or the integrity of our public officials.

If this is true here at home, so it is true elsewhere in world.

[1] You’ll surely note that I’ve neglected to mention anything about governmental invasion of privacy.  Frankly, I see little moral cause to support any additional data gathering by governments beyond that which we permit private organisations to do.  This is not because of any personal thoughts on liberal economics, but rather because of a practical concern:  I don’t see how we can restrict governments from accessing data available to private organisations, and vice versa, particularly as governments seek private sector technology for modern monitoring capabilities.

European IoT ecosystem mobilisation is at the core of the activities carried out by NGIoT. The primary objectives of the project are to […] 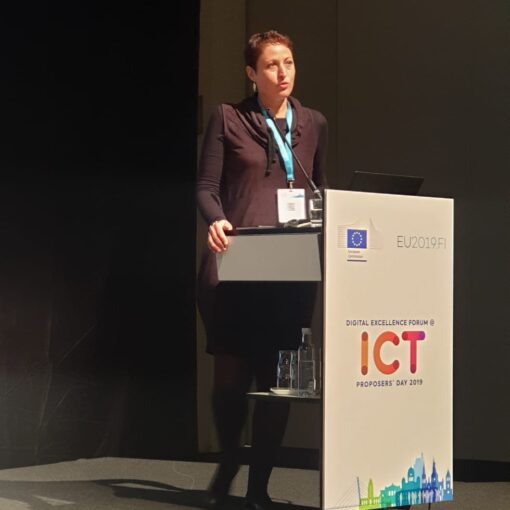 The ICT Proposers days 2019 took place in Helsinki on 19-20 September 2019. This event will provide an excellent opportunity to present […] 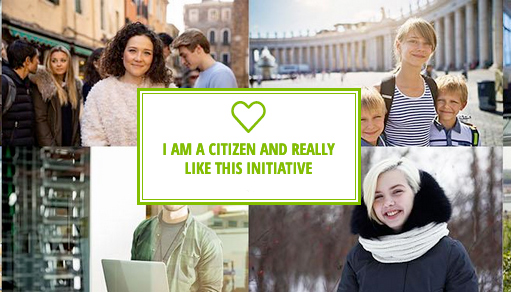 The NGIoT community supports a campaign for greater uptake of digital solutions and the creation of the European Way of digital transformation. […] 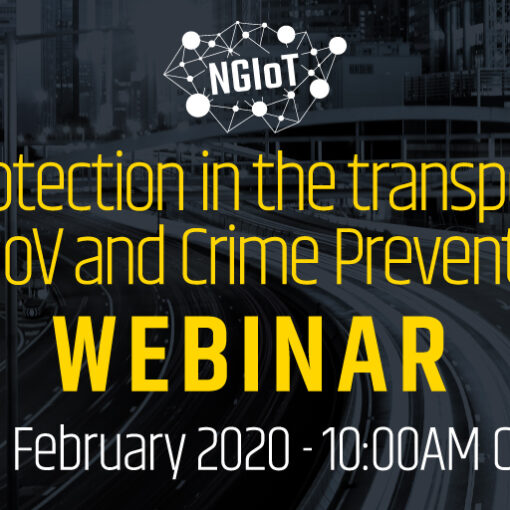 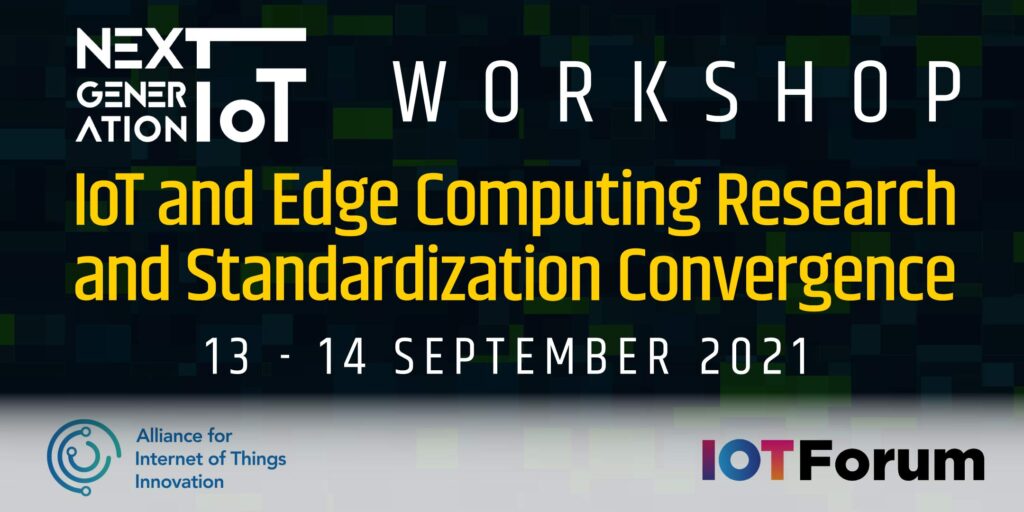 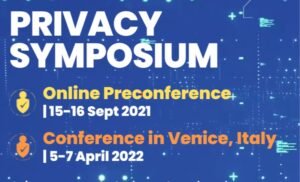 Prepare your keyboards, it’s time for hacking!   Come and try to develop attacks capable of penetrating our defences in a federated learning environment. You’ll have the opportunity to attack our MUSKETEER platform and try[...]