The number of Internet Connected devices will cross the incredible total of 50 billion by 2025.

The connectivity fabric of IP is used to enable more and more efficient context exchange with a broader range of devices and things. Thus, results the Internet of Things.

Projected to increase device counts by orders of magnitude over the next few decades, IoT’s impact cannot be overstated. Already enabling a rich set of new capabilities in Smart Cities, Smart Grid, Smart Buildings, and Smart Manufacturing, IoT stands to transform virtually every part of modern life that automation or visibility may improve.

No matter the precise forecast, the sheer tsunami of devices coming online in the next months, years, and decades ensures that the future is not exclusively, or even significantly, wired.

Wireless with its adaptability and ease will inevitably dominate the IoT landscape. Exactly which wireless technology or technologies will be used remains relatively unclear, as many new technologies are still emerging, while others are still early in the standards process.

Clause 4.4 is describing the IETF technologies to adapt IPv6 to different constraint media. This problem is not specific to the use of IPv6 but due primarily to the scale of IoT deployment.

New PLC (Power Line Communications) technologies are also emerging like IEEE 1901.2a [i.2]. These technologies offer the capability to use the same wire for power supply and communication media.

2.0 Motivation for IPv6 in the IoT

The main driver is probably the large address space that IPv6 is providing but it is not the only aspect: Auto‑configuration, security and flow identification bring huge advantages to IoT systems as well as being a future proof technology.

Global, public, and private address space have been defined for IPv6; therefore, a decision has to be made regarding which type of IPv6 addressing scheme should be used. Global addressing means you should follow the Regional Internet Registries (RIR) policies (such as ARIN https://www.arin.net/policy/nrpm.html) to register an IPv6 prefix that is large enough for the expected deployment and its expansion over the coming years. This does not mean the address space allocated to the infrastructure has be advertised over the Internet allowing any Internet users to reach a given device.

The public prefix can be advertised if representing the entire corporation – or not – and proper filtering mechanisms are in place to block all access to the devices. On the other end, using a private address space means the prefix not be advertised over the Internet, but, in case there is a need for Business-to-Business (B2B) services and connectivity, a private address would lead to the deployment of additional networking devices known as IPv6-IPv6 NPT (Network Prefix Translation, IETF RFC 6296 [i.3]) gateways.

Once the IPv6 addressing structure (see IETF RFC 4291 [i.4] and IETF RFC 4193 [i.5]) and policies are well‑understood and a prefix is allocated to the infrastructure, it is necessary to structure the addresses according to the number of sites and endpoints that would connect to it. This is no different to what an ISP or a large enterprise has to perform.

Internal policies may be defined by the way an IPv6 address is assigned to an end device, by using a global or private prefix.

Three methods to set an IPv6 address on an endpoint are available:

The list above is the minimum set of tasks to be performed, but as already indicated, internal policies and operational design rules should also be established. This is particularly true when considering security and management tasks such as registering IPv6 addresses and names in DNS and in NMSs or establishing filtering and firewalling across the infrastructure.

In the past, it was sometimes claimed that the use of open standards and protocols may itself represent a security issue, but this is overcome by the largest possible community effort, knowledge database, and solutions available for monitoring, analysing, and fixing flaws and threats – something a proprietary system could never achieve.

Said otherwise, a private network, IP-based architecture based on open standards has the best understood and remedied set of threat models and attack types that have taken place and have been remedied against, on the open Internet. This is the strongest negation of the now deprecated concept of “security by obscurity” that argues that the use of nonstandard networking protocols increases security and which is unanimously rejected by the network security expert community.

2.1.4 IP up to the end device/end to end principle

The past two decades, with the transition of protocols such as Systems Network Architecture (SNA), Appletalk, DECnet, Internetwork Packet Exchange (IPX), and X.25, showed us that such gateways were viable options only during transition periods with smaller, single-application networks. But proprietary protocol and translation gateways suffer from well-known severe issues, such as high capital expenditures (CapEx) and operating expenses (OpEx), along with significant technical limitations, including lack of end-to-end capabilities in terms of QoS, fast recovery consistency, single points of failure (unless implementing complex stateful failover mechanisms), limiting factors in terms of innovation (forcing to least common denominator), lack of scalability, vulnerability to security attacks, and more. Therefore, using IPv6 end to end (that is, IP running on each and every device in the network) will be, in many ways, a much superior approach for multiservice IoT networks.

See IETF RFC 3027 [i.21] as an example of protocol complications with translation gateways.

IPv6 can enable and sustain the growth rate of the IoT. It offers a future proof solution.

More and more SDOs (Standardization Development Organization) have decided to either transition to IPv6 or to develop new standards only based on IPv6. This is specifically the case for IoT related standards. 3GPP secretary and CTO of ETSI Adrian Scrase has already announced back in April 2019  the move from E.164 for Machine Type communication to IPv6 addressing for larger scale deployment of IoT.

IPv6 does not only enable the scalability required by the IoT but also provides enhancement from IPv4 in the field of mobility support, stateless address auto-configuration, support of constraint devices and security to mention only a few of them. 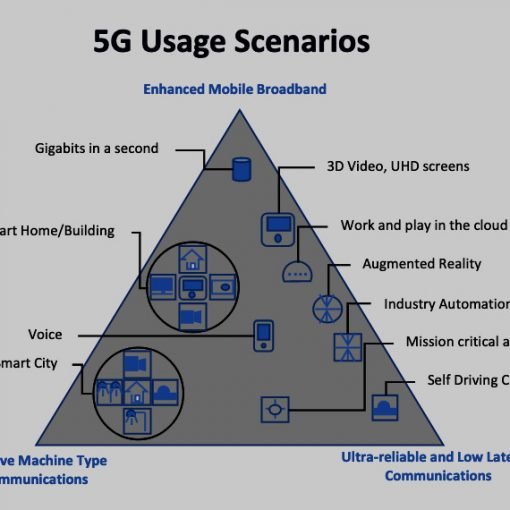 Today, 9 April, on IoT Day 2020, The Next Generation Internet of Things (NGIoT) community invites you to engage on the research […] 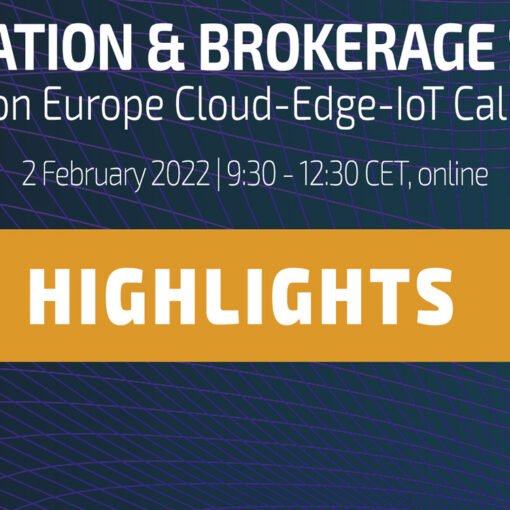 On 2 February 2022, more than 275 stakeholders from industry, academia and innovators participated in the Information and Virtual Brokerage Session on [...]